I was asked to write some advice about the Afghan Constitution - I love the Cox & Forkum Cartoon  It seems to sum up so much
The initial three articles of the Constitution of Afghanistan mandate:• Afghanistan shall be an Islamic Republic, independent, unitary, and indivisible state.

The legal system is based on Shariah Law and religious minorities are granted right to perform their religious duties within the bounds of that Shariah Law. The constitution declares Afghanistan an "Islamic Republic". It also contains a section enforcing one particular school of Islamic law on disputes that cannot be resolved under existing laws. The constitution names "the sacred religion of Islam" as the official religion of the republic. Whilst "followers of other religions are free to exercise their faith and perform their religious rites within the limits of the provisions of law," it goes on to say that "no law can be contrary to the beliefs and provisions of the sacred religion of Islam”
This has been interpreted to mean peoples of other faiths (who were born into that faith: Sikhs, Hindus, even Jews) and quite possibly be ‘restricted’ to expatriates. It may not be interpreted as applying to ‘converts.’

A ‘convert’, from Islam to the Christian faith, in ordinary Afghan Muslim eyes, is an ‘apostate’ who deserves ‘death’. He is unlikely to find much protection under a changing and still embryonic law, (any convert has already been ‘sentenced to death’ by virtue of his baptism) and this new constitution has not yet been tested. And it is likely that a relative could easily take the law into his own hands. This would be his duty under tribal law (Puktoonwali), which is, in their eyes, a deeper law than any constitution. As an Afghan Pushtu proverb says: ‘Revenge is a dish best served cold.’

SOME CASE EXAMPLES
(1) Abdul Rehman: a convert to Christianity 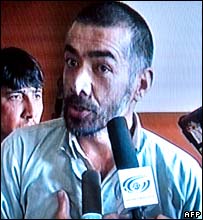 In March 2006 Abdul Rehman faced the death sentence for converting to Christianity and in the face of international pressure he was declared insane and is now in asylumPerhaps most troubling is Article 130, which states that if neither the constitution nor existing laws can be used in a particular case, courts should apply Hanafi jurisprudence, one of the four schools within Sunni Islam. The constitution is quiet on issues such as blasphemy or religious conversion, and as Zalmai discovered, Afghan courts often interpret Islamic law in the strictest sense when left to navigate the void. In 2006, Abdul Rahman was also left to the mercy of harsh Islamic law.

Born a Muslim, Rahman converted to Christianity in 1990. When authorities found him with a Bible, they arrested and charged him with apostasy. According to the prosecutor in the case, Rahman was "a microbe [who] should be cut off and removed from the rest of Muslim society and should be killed." As he faced the death penalty, an international outcry brought about his release. Even so, his life remained in danger, and Rahman won asylum in Italy.

(2) Two Muslim clerics facing execution for translating the Koran into Dari
On February 15, Zalmai and his cleric friend were due to hear their fate in an appeals court. Though they barely escaped the death penalty, the three-judge panel upheld a lower court sentence of 20 years in prison for each man. When reading out the sentence, the chief judge reiterated that under Islamic Shariah law, "He who commits such an act is an infidel and should be killed."    23-2-09 Afghanistan's Constitution Creates Death Penalties for Religious Freedom Priya Abraham February 23rd 2009. 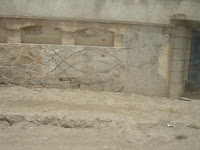 ‘Although there are no overt churches, expatriate Christians are reportedly able to meet for private worship services in Kabul and one or two other major urban centers. However, some religious advocacy organizations are reporting instances of societal intolerance of and violence against persons who have converted to Christianity.
There is a catholic mass held in the Italian Embassy in Kabul as these Christmas eve pictures show

CONCLUSION
In conclusion I offer a few comments. Afghanistan is generally deteriorating security-wise, with increased Talibanisation, escalating conflict and uncertainty. Until the election, due to take place on 20th August, things will remain very unpredictable. The U.S. Religious Freedom Commission has also placed Afghanistan on a 'Watch List’