This is a scene from Mr Bean's Merry Christmas video when he interacts with a Nativity Set in a department store - it is full of deep theological meaning !  Do watch it and enjoy.....  It is full of exotic imagery and wild imagination........ just like the book of Revelation!

I particularly like the appearance of the 'Dragon' in the form of a Dinosaur. And a 'war in heaven' that is fought over the Nativity scene, represented by the appearance of Tanks and a Dalek,  before the child and holy family are whisked off by an angel / helicopter to a place of safety. Well more likely to have been a 'Wilderness' in Egypt than a comfortable palace/ doll's house.

There is even an earlier hint when the Dalek attacks the vulnerable lamb and exits laughing, thinking it has won, which clearly is a reference to the cross and 'the Lamb who was slain from the foundation of the world'  and Satan's apparent victory at Calvary!

Whilst this is all very 'tongue-in-cheek' the Revelation account is a parallel story to the 'normal' nativity scene and show another dimension to the narrative.  Worth thinking about 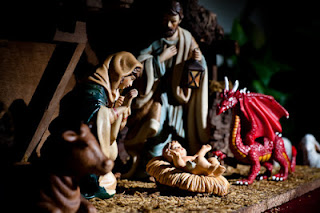 The picture is from a blog for "nativity scene with dragon," which points out the extra Biblical Nativity Narrative which is not normally read out in Carol services! It seems more appropriate for a Dungeons & Dragons style fantasy game.
'The Birth of Christ was designed to overcome doom and gloom, and the dragon belongs in the Christmas story.'

1 And a great sign appeared in heaven: a woman clothed with the sun, with the moon under her feet, and on her head a crown of twelve stars.  2 She was pregnant and was crying out in birth pains and the agony of giving birth.  3 And another sign appeared in heaven: behold, a great red dragon, with seven heads and ten horns, and on his heads seven diadems.  4 His tail swept down a third of the stars of heaven and cast them to the earth. And the dragon stood before the woman who was about to give birth, so that when she bore her child he might devour it.  5 She gave birth to a male child, one who is to rule all the nations with a rod of iron, but her child was caught up to God and to his throne,  6 and the woman fled into the wilderness, where she has a place prepared by God, in which she is to be nourished for 1,260 days. 7 Now war arose in heaven, Michael and his angels fighting against the dragon. And the dragon and his angels fought back..... (Rev. 12:1-7)

I received an email which quoted an extract from a Christmas news letter by a Christian worker in Afghanistan:


"This Christmas, we pray for places of ongoing conflict in the Muslim world, like Palestine, Syria, Afghanistan and Pakistan... Even as we are grieved with the senseless deaths of young children in Connecticut, we also wept over 10 young girls in Eastern Afghanistan who were senselessly killed when a landmine exploded while they were gathering firewood. Across the border in Pakistan suicide attackers killed more people on the same day and vaccination workers were senselessly killed for doing a polio eradication campaign...
The one who wages war on earth, the Great Dragon of Rev. 12 is also part of the Christmas story—although not usually a part of the nativity scene (!)—he is clearly seen in the murderous fury of Herod and his soldiers. In Rev 12, this Dragon is thrown from heaven, that ancient serpent who seeks to destroy the Child and make war on those who keep the commandments of God and hold to the testimony of Jesus (Rev 12: 17)... But his time IS short, and we know how it ends:
"Salvation and power and the kingdom of our God and the authority of his Christ have come, for the accuser of our brothers has been thrown down..." (Rev 12: 10)
In a strange way the "peace on earth" announced by angels at Jesus' birth is mingled with the wrath of the Great Dragon. But our salvation is near and our eternal home is secure. Emmanuel is with us."


Christmas is seen as a time of Peace, but all peace must be fought for, it carries a price.... a laying down of life, a sacrifice.  Hopefully not literally for most of us, but at least involving a struggle, an effort.  ' Indeed we are encouraged to 'strive together for peace' (Heb 12:14)

So may you strive for and experience that same Peace the Angels proclaimed to the Shepherds (and there are is a lot of emphasis on sheep in Mr Bean's Nativity):


And suddenly there was with the angel a multitude of the heavenly host praising God and saying, “Glory to God in the highest and on earth peace among those with whom he is pleased!” Luke 2:13-14 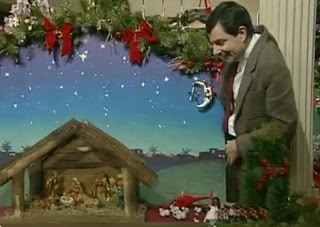 Thanks, Mr Bean for making it all so clear.......
Posted by MullanaNasruddin at 12:13 No comments:

I came across this video made by a church in New Zealand of the Christmas Story told by Palestinians in the 'Land of the Holy One'. It has a real sense of authenticity about it and we will be using it in the International Carol Service at Christchurch, Woking on Sat 22nd Dec 2012


Published on 16 Dec 2012
The story of the birth of Jesus told by the people of Bethlehem. Made by St Paul's Church, Auckland, New Zealand. Anyone is welcome to show this film publicly, but not change it in any way, nor publish it, nor make money out of it.

Posted by MullanaNasruddin at 14:14 No comments:

Nasruddin: Cutting off the branch he's sitting on

LEAVING CMS
As you may know, I have been due to leave CMS for some months now following the successful launch of AsiaCMS based in Kuala Lumpur. So now it really  is 'time to say goodbye' (have a look at the YouTube video)

I finished my formal contract with CMS as a Director on 31/July 2012  And since then have been working as a self-employed Mission consultant.

For the past few months this has included helping CMS 3 days a week with transition. I have also been teaching the CYM Diversity Module and doing an engagement survey with SAC  I have also done some Appreciative Inquiry workshops with Tearfund and have engaged with a change process with a  church in Quinton, Birmingham. I am open to other work as part of a developing portfolio,  so if you know anything....

Some people have asked if I'm retiring!  to which I usually reply that I am far too young.  And there is far to much to do. So I am developing a portfolio of global-local consultancy.

My role in CMS  has been handed over to Kang-San Tan the new Executive Director of AsiaCMS based in KL and Paul Thaxter the CMS Transcultural Director based in Oxford.     Olivia Jackson, the new Transcultural Manager for Asia has taken on the work that Adrian Watkins and John Hayward did, but in a redefined role that works alongside AsiaCMS .  I wrote about this earlier - the three Musketeers finding their D'Artagnon

It has been a privilege to work with CMS these past 26 - Nearly 13 years in Pakistan as a Mission Partner and then as a Regional Director for nearly 14 years.  I wrote some notes for the speech I never did at CMS (I just told a Nasruddin story instead - see below)

But just a few of the highlights since joining CMS in 1985:

There are many other experiences over the years.  I have worked under 6 ‘General Secretaries’/ CEO/ Executive Leader

I feel CMS is in safe hands under Philip’s leadership and look forward to seeing what the new ‘radical continuity’ looks like.......

Now back to that story about Mullah Nasruddin: 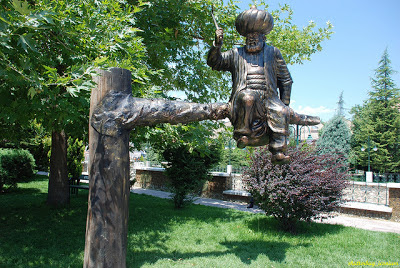 Nasruddin is sitting on a  branch, chopping it off for fire-wood. A passerby warns him: 'What are you doing, if you cut that branch you will fall and die!'

The Mullah thinks: "This is some foolish person who has no work to do but go around telling other people what to do and what not to do."

While his mind was on this train of thought, down comes Nasruddin together with the branch he had just managed to chop. 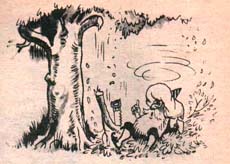 Lying dazed on his back, the Mullah realises the man must indeed be a prophet and that therefore he must be dead as he predicted. So he continues to lie down dead, wondering what would happen next.

Passerbys see him 'dead' underneath the tree and lift him up and put him in a coffin to carry him to the graveyard. As they are taking him they come to a fork in the road and start arguing about which is with quickest way to the graveyard.

After a while the irritated Mulla sits up, pointing and exclaims: 'When I was alive that was the right way.....'


The past few years helping to realise the vision of a new AsiaCMS has been like sitting on the branch that you are cutting off.  It involves an inevitable and predictable ‘fall’ and a sort of ‘dying’.  And I wouldn’t have wanted it any other way (except maybe finding another branch to sit on!)

And being a consultant is very similar to sitting up from the coffin when people are confused about the way forward and suggesting ‘well, when I was around we used to do it this way...’
Well that's one form of consultancy (diagnostic) anyway - I actually prefer helping people to think through and decide for themselves (dialogical).   But if any of you need a consultant to suggest ways forward just get in touch with ‘the Mullah’......