The Mullah and the Veil

This was sent to me by an Afghan friend living inn Kabul ………. :-)
One day Mulla Nasruddin was preaching about hijab (veil) saying,
"those who wear hijab will for sure go to paradise.
A woman stood and said I wear it both at home and outside.
Mulla  Nasruddin said, “Give her the key of paradise.”
Another woman said,
“I wear hijab when am out of home but I wear underwear at home.”
Mulla Nasruddin smiled and said, “Give her the key of my home !”
hhhhhaahhhahah 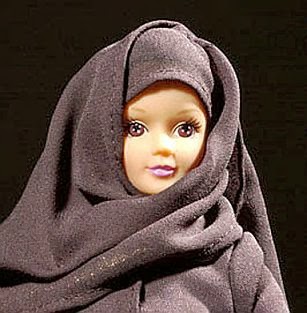 The illustration, by the way, I got from a blog:  ‘Fulla girl in a  Mulla World’
presumably sung to the tune: ’I’m a Barbie girl in a  Barbie world’ ….
http://tallouza.blogspot.co.uk/2007/03/fulla-girl-in-mulla-world.html

Posted by MullanaNasruddin at 19:21 No comments:

I came across a modern version of an ancient Nasruddin story .......


Checkpoint - A tale of Nasruddin. plus advertisement from Ross Al - Khirsan on Vimeo.

Posted by MullanaNasruddin at 13:47 No comments: 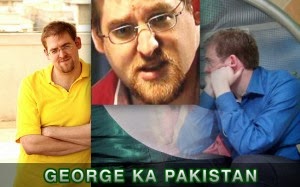 Watch this on Youtube George ka pakistan 1/60 this guy is from Uk and wants to become Pakistani in three months with the help of Geo channel. Very interesting. Hope you will like it.  Arif

I actually have the DVD but have not watched it all    Here is the first part. It is in Urdu and English. It’s a good example of cross cultural engagement …..

Posted by MullanaNasruddin at 12:15 No comments: