from the water's edge: an update on the Pakistan floods

I received the following from a friend who is working at the scene of the floods in Pakistan... at the water's edge you could say. I quote what are a couple of glimpses into the enormous devastation that the floods are bringing, and how some people are able make a small difference.

You’ve probably seen from the television that vast areas of Punjab and Sindh have been flooded as inconceivable quantities of water have thundered down from the north of the country. In some cases the flood defences have simply been overwhelmed. In other cases the dreadful decision has had to be taken to deliberately breach the dykes, and allow the waters to flood hundreds of square miles of countryside in order to reduce the pressure near urban areas downstream. In effect it has been necessary to sacrifice villages and towns in order to save cities. 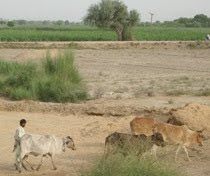 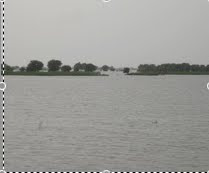 ....earlier this week I was able to go with our local partners to visit some of their projects in and around Sukkur in the north of Sindh.

One thing that amazed me was that, although this disaster is vast beyond our imagination, it is also very localised. It is 500km from here to Sukkur, and for the first 480 km you wouldn’t have thought that anything was wrong, except perhaps for a rather heavy monsoon. Then suddenly on every side there were vast camps, row upon row of tents housing families who had escaped the floods with little more than the clothes on their backs. On any available space beside the road were those for whom there was no room in the camps, or those who had managed to bring with them the few water buffalo or goats which represented their life’s savings.

In Sukkur, the Diocese of Hyderabad has long been running a programme to help the hundreds of destitute families who live on the banks of the river Indus, either in boats, flimsy shelters or simply under the stars. The diocese has been providing them with medical care, water filters, and informal education for the children. When the floods came, these families simply had to run for their lives and set up home wherever they could find room by the side of the road. Now the diocese is also providing them with hot meals, and a “Child-Friendly Space”, where the children can play together, rest, and be safe.

The contrast between “affected” and “unaffected” areas was even starker in the rural areas. For mile upon mile it appeared to be life as normal. Then, as we drove up a slight rise in the road, suddenly there was nothing but water for as far as the eye could see. Good agricultural land, farms, entire villages were now under five to ten feet of water, with no sign of a far bank. The two photographs labelled “before” and “after” show the land on either side of the raised ground.

We found a boat to take us the twenty minute journey over what used to be sugar-cane fields to a village which was still a few feet above the water level. About 500 families were living there, together with another 50 families who had taken refuge among them, and we learnt that there were five or six similar villages in the area. They were cut off from the world and rapidly running out of supplies, but they considered themselves blessed because they were safe, dry and in their own homes. Within the next few days our local partners will begin distribution of food, hygiene kits, and other basic essentials to these families. 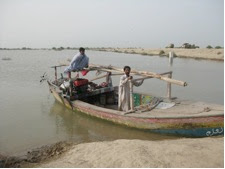 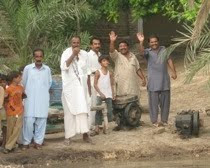