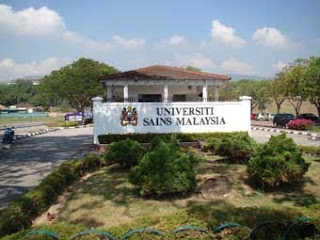 We hired a bike and went to USM - Universiti Sains Malaysia – what used to be Minden Barracks. The Gatehouse looked familair - a Football pitch on left and athletics field on right Swimming pool New international/ competition standard But the old pool still there Now used for scuba diving where I learned to swim backstroke. A 61 year old, very fit looking swimming instructor NAME swimming instructor remembered playing football with the Greenjackets when he was about 14. 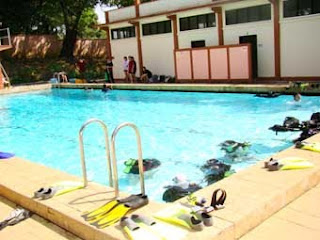 A good view of the Colonels house. We went behind pool to Sergeants mess beside Water Tower Plus a residential block past where NAAFI used to be and Health centre (Doctors) near a roundabout Didn’t recognise much of the bottom end of camp I couldn’t find Cinema or old school or parade ground . I imagine that end had been developed but the front end of camp was still familiar

I found our road near the roundabout (the next road after the officers quarters road and then our old house WONo3 above the door. The courtyard between the house and the utility block had been covered over and extended but the layout was recognisable Next door, on the left, lived Staff Sergeant Hornblower. His son Stephen was my age with water on the brain and a real nuisance. His daughter used to play with Liz 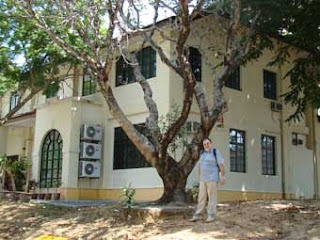 Below and round the bend was the road with the sergeant married quarters (Sergeant Morgan who appeared on Pegasus Bridge in the film the Longest Day). I remembered the tree where we played marbles and the small hill where I learned to ride a bike. The tree which I climbed at the front of our house and got stung twice in the head by Hornets. Dad killing a cobra in our back garden with a walking stick. Also a huge snake – a python - that a corporal had killed with a machete hanging over a tree like a trophy playing with plastic soldiers behind the servants quarters and napalming them with lighter fuel; making rice paper in the utility room on Mary’s (our Amah) ironing board

I remember Setting fire to the field between our row of houses and the officers quarters circle a line of adults with buckets putting the fire out. Being stung twice in the back whilst Bob played his game of dare with hornets. Falling off my bike and my knee going septic and having to go to Taping hospital. Playing monkeys on top of the wardrobes in the bedroom, Cockroaches on the floor in the kitchen. Filling condoms from the bathroom cabinet up with water and having a water balloon fights. Onetime bubbles everywhere in the bathroom after a bubble fight and it being cleanest ever afterwards

The Officers houses were in more pristine condition, better preserved, with more original looking shutters and immaculately kept gardens. Military order had been maintained, with the officers mess now functioning as a museum . 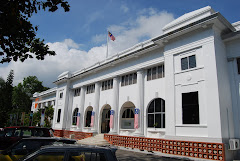 I couldn’t remember where the ammo caves were nor the huge black water pipe we used to walk along. Saw where I learned archery, when the regiment was in Borneo the band stayed behind and organised activities for the families. Games galore and parties Jungle juice on sports days.

This is a lovely story. What you do not realise is that it is not unique! My father was in the 2nd Battalion of the Royal Greenjackets. We lived in the blocks assigned for the families of Sergeants. My father is Patrick McCann, who fought in Borneo ( He now resides in Perth , Australia). My brothers and sisters got up to all sorts of mischief. We too nearly burned down building, caught snakes and got stung by hornets. We attended the BASC school and learned to swim and dive in the old swimming pool. I remember the long walk over the hill from our house to the baths. I got my Bronze, Silver and Gold amateur Swimming Certificates here. Sundays had us working as Altar Boys for the Catholic Church. We sneaked out through holes in the camp fence to visit villages that traded newspapers for fireworks! We bombed letter boxes, discovered secret ammo dumps, and also discovered water bombs. I got terribly drunk one time by drinking Guinness. The young troups paid me a dollar for every bottle I drank. I could of got rich! Coconut palms, toad choruses and walls full of chit-chats. The evening was always greated with the screaching sounds of bats that almost turned the sky black.

Goodness me! How lovely to hear of Paddy McCann! He was a C/Sgt in B Coy Borneo when I was a very young soldier. A man that I respected and I am delighted to hear that he is enjoying his well-earned retirement in Australia. I do wish him well.

Very interesting story, and a good memory.
I discovered an old photo, taken of me and classmates at Junior 2, BASC school there in Penang, in 1965,
and I wonder where they all are now.

Hi, great story there.
I came across a photo of my classmates of 1965, junior 2 BASC school in Penang. I winder where they all are now

I served with 2 RGJ in Minden and I remember one weekend when I was Guard Commander 2 excited children running into the guard room saying that they had seen bombs in a shaft on one of the old Japaneese ammo bunker down the bottom of the hill at the rear of the camp.
There had originally 3 bunkers but 1 had been blown up but we still used 2 to store ammo. I looked down the shaft and clearly saw several intact artillery shells. These concrete bunkers were cold and damp, ideal for snakes plus God knows what else had been dumped down them therefore I passed the problem to the Orderly Officer. He in turn summoned a RE Warrant Officer who looked in and declared that the shells were clearly dummy training ammo! Amazing eyesight but he clearly didn't want to climb down, can't say I blame him! We forced several rolls of barbed wire down all the shafts to seal them from nosey children.
Previously whilst digging a trench for a telephone cable to the bunkers our Signals Pn discovered a line of Japaneese shells, nose up,fitted with instantanes fuses.
The ammo caves someone referred to were dug into the hill below the Serjeant's Mess and were cleared whilst we in occupation.
Many pleasant memories, (and some not) of Malaysia

Thankls for all these comments. I'm going back to Penang next month - (August 2011) Another trip down memory lane. This time with my wife to show her my old haunts. Esp Minden Barrakcks and Penang Hill Railway and a drive around the island
I will try to dig outs ome old photos and take a shot of the same scene nbow Hoefully will post these on the blog later