sacred:space - The Puzzle of Evil

The last sacred:space evening (Sat 28th April) was led by Mike Cope in the NAWKI style - Church but 'NotAsWe KnowIt'

And the theme was the Puzzle of Evil. It was an excellent, thoughtful evening.  Mike had help from 3 friends Alan, Shona and Ivan.

They explored the theme by means of video, image, discussion, conversation, music, song - a rich multimedia of thought-provoking material.  A heavy topic with a light touch. With space to think and reflect using various prayer stations... 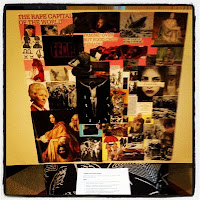 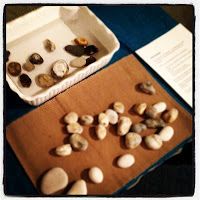 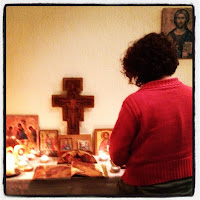 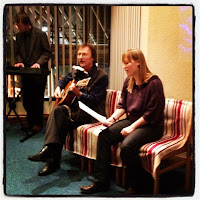 The content was rich, mainly dealing with the problem of suffering rather than evil per se.    Drawing from negative theology (or apophatic as opposed to catathatic theology), we see an 'imperfect reflection' (through a  glass darkly). To the standard question 'if God is so powerful, why is there so much suffering,  the standard answer is 'free will'.  Augustine called this a 'better explanation than any other philosophy'
But John Hick argues that 'if the price of being human is suffering then the price is too high'
(All of this was on an simple video which I will post once I have the link)

Alan had a number of pointers to potential answers ..... 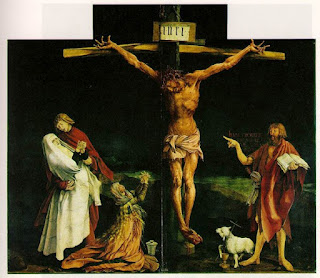 The pointing finger of identification, the leprous skin of Christ who became 'a curse'; the purity of the praying women, and the Cross like a giant Crossbow shooting the Christ-arrow to hit the Divine target.  The image of the Divine lamb that was slain..... all point to God's involvement in our suffering.

‘A god who cannot suffer is poorer than any human. For a God who is incapable of suffering is a being who cannot be involved. Suffering and injustice do not affect him. And because he is so completely insensitive, he cannot be affected or shaken by anything. He cannot weep, for he has no tears. But the one who cannot suffer cannot love either. So he is a loveless being’                       Jurgen Moltmann   (1974) the Crucified God


As I said, the evening was thought provoking. Yet it was in the simple acts of lighting a candle, or writing a prayer or dropping stone in water, that somehow provided a way forward in the face of such huge, unanswerable, puzzling questions......