'The Shack' a great story for Trinity Sunday 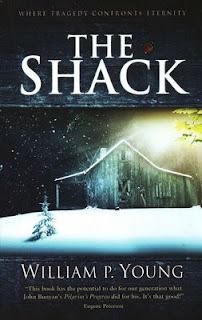 The Shack, a novel by Wm. Paul Young is something of a publishing legend.  I quoted from it during this morning's sermon, on Trinity Sunday, as an illustration of the relational nature of God.
The main character Mack meets three people in the Shack who take him on a journey dealing with a major life trauma – the brutal death of his daughter.

And Mack ponders that  'since there were three of them, maybe this was a Trinity sort of thing. But two women and a man and none of them white?'
It may not fit your image of God either...

“Then,” Mack struggles to ask, “Which one of you is God?”
“I am.” Said all three in unison. Mack looked from one to the next, and even through he couldn’t begin to grasp what he was seeing and hearing, he somehow believed them. (p87)

Mack was shocked at the scene in front of him. It appeared that Jesus had dropped a large bowl of some sort of batter on the floor and it was everywhere. It must have landed close to Papa because the lower portion of her skirt and bare feet were covered in the gooey mess. All three were laughing so hard that Mack didn’t think they were breathing. Sarayu said something about humans being clumsy and all three started roaring again. Finally Jesus brushed past Mack and returned a mnute later with a large basin of water and towels. Sarayu has already started wiping the goop from the floor and cupboards, but Jesus went straight to Papa and, kneeling at her feet, began to wipe off the front of her clothes. He worked down to her feet and gently lifted one foot at a time, which he directed into the basin where he cleaned and massaged it.
‘Ooooh, that feels soooo good!” exclaimed Papa as she continued her tasks at the counter.
As he leaned against the door watching, Mack’s mind was full of thoughts. So this was God in relationship? It was beautiful and so appealing. He knew that it didn’t matter whose fault it was – the mess from some bowl had been broken, that a dish had been planned and not shared. Obviously what was important here was the love they had for one another and the fullness it brought them. He shook his head. How different this was from the way he treated the ones he loved! 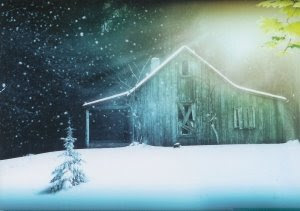 The appeal of this homely allegory (some have compared it to Bunyan's Pilgrim's Progress)  is the domestic ordinariness of life - that God who is essential relational invites us into that relationship - to participate in a meal.

There are interesting ‘online debates' on who might be cast for a film version. Some people are reminded of the Matrix.

Who would you cast in the various roles?
Posted by MullanaNasruddin at 22:12