O that my eyes were a fountain of tears..... 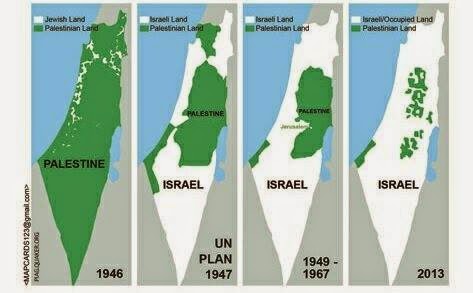 Gaza may be small   – something like 50km by 10 km – its c  360Km2 about the size of the Isle of Wight !   But being small and living cheek by jowl is no excuse for Hamas (alegedly) using human shields or firing rockets from hospitals or schools – although there are a lot of myths about this and I’m not sure I believe the propaganda …

And I suppose its a matter of perspective – resistance fighters in WW2 are seen as heroes – and ‘collaborators’ as traitors.  But it really does depend which side you’re on....

And peace is the only side to be on in the Israel-Gaza conflict.

It’s not black and white. There are no goodies and baddies.  But I have enormous sympathy for the citizens of Gaza who were being strangled by the blockade, before the rockets and the bombings. And for Israelis and their desire to live in safety, but…….

a friend of mine Tanas Al Qassis  A Palestinian Christian who works for CMS wrote some wise words:

'If I were part of the Israeli government, I would invest in the Palestinian economy, make people flourish, be sure they have enough food, medicine and schools. This way, I will ensure that Israel will be safe.'

I have been watching far too many images from Gaza and Iraq  and am lost in the horror of what is going on ….

All I / we can do is pray (and silence is so much better than words) and somehow hold on to hope …
a friend of mine posted the following quote:  “The world is a messy place. Particularly in the context of the digital age where the noise of data can feels tsunami-like. Your job …. is to translate the noise of living into sounds that people can hear. De-cluttered writing is the art of bringing the noise level down”.  Ravi Koli

I have turned to song as a way of translating the noise into sound that people can hear…..  And this one does it for me ….Sinead O’Connor – If You Had A Vineyard   from the album Theology  – ’