Out with the Angels: Girls Night Out 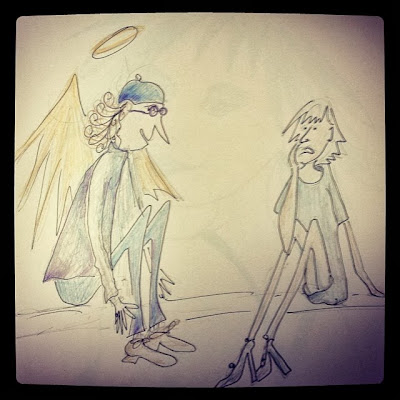 The excellent cartoons are by fellow Street Angel, Cate Field, an illustrator and art teacher. They capture the spirit of street angels, who are 'here to help people by listening, caring & offering practical help'

Friday night we had three teams out in Woking, 7 of us in all. Here are a few highlights to give you a flavour of what goes on in the Town centre, as part of what is called the Night Time Economy.   I've changed names to protect individuals...