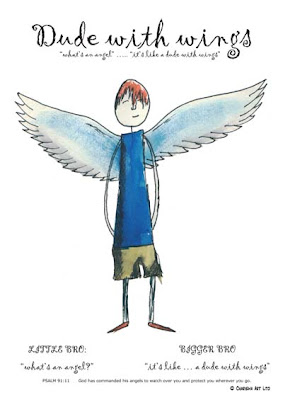 We were attending a conference called SHINE  #ShineConference  for Street Angels (SA) and Street Pastors (SP) at St Saviour's Church Guildford (Sat 28/6/13). Their Mission Pastor, Andy Wheeler was compere for the day (he is also ex CMS) There were about 100 present from all over Surrey, some in uniform.

Les isaacs, one of the founders of Street Pastors talks of the Urban Trinity of Police, Council and SA/SP and the conference had a key note speaker in the Chief Constable of Surrey. 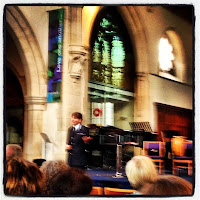 Lynne Owens (twitter:  @CCLynneOwens) mentioned how, when the police had been established in 1829, by Sir Robert Peel,  one of the Principles was. 'Police are the public and the public are the police' This applies to day with  the policing with consent model. And the Street Angles and Pastors have an important role to play. The Chief Constable was certain of it.

some highlights from the talk
There are one million residents in Surrey and 4000 staff in the Police Force.     Overall 43 forces in England & Wales   And Surrey has a budget of £200m.    A number of services are shared with Sussex, notibly rape response, firearms, forensics and dogs. The back office deals with procurement, Insurance, HR, finance and ICT   This all operates behind the more visible Community Police - Beat officers and Rapid Response Units.  They operate a policing with consent model -

Street angels bring a lot of the mix.  Offering to be prayed for can be scarey. But faith in action is very meaningful. She described Street Angels  as  'Modern Good Samaritans'  who speak with people in their times of crisis.

Morality and policing
Last year was the 4th year of continued crime reduction of street violent offences. Domestic violence is under reported. Those Dudes with Wings are making a massive difference 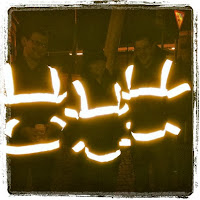 Outside Lights:  glow in the dark
Posted by MullanaNasruddin at 13:58