Partnership House and the 'end of Western Mission' 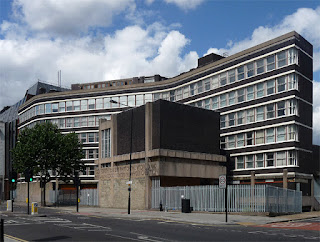 I used to work in Partnership House in Waterloo,  London, the 'headquarters' of the Church Mission Society CMS. The local post office used to call it 'Go Forth House' because of the stone inscription across the doorway.  It was the Great Commission according to Mark 16:15  (NEV)