'Ice and snow' The Mullah's wager 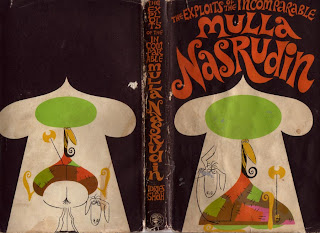 Mulla Nasruddin made a wager that he could spend a night on a near-by mountain and survive, in spite of ice and snow. Several wags in the teahouse agreed to the adjucate.

Nasrudin took a book and a candle and sat through the coldest night he had ever known. In the morning, half-dead, he claimed his money.

"Did you have nothing at all to keep you warm?" asked the villagers.

"Not even a candle?"

Nasrudin did not argue.

Some days later he invited the same people to a feast at his house. They sat down in his reception room, waiting for the food. Hours passed, and they started to mutter about food.

"Let's go and see how it is getting on," said Nasrudin.

Everyone trooped into the kitchen. They found an enormous pot of stew, under which a candle was burning. The water was not even tepid.

"It is not ready yet," said the Mulla. "I don't know why - it has been there since yesterday."

more such stories are available on spiritual-short-stories.com