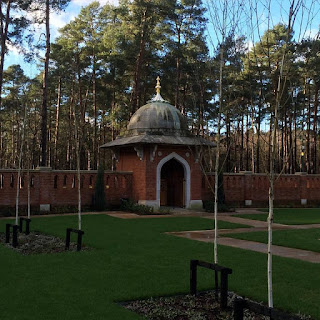 The Peace Garden at the restored Muslim Burial Ground at Woodham Common, Woking as featured on BBC recently.  Read a description here http://www.bbc.co.uk/news/uk-england-surrey-35209441


This is the BBC documentary, featuring my good friend Zafar Iqbal, who is works for Woking Council.


You can watch also Woking Borough Councils short film about the site
If you look carefully you can see a bloke sitting on the bench in the opening sequence - which is me!)


It seems really important in our day to recognise the contribution Muslim troops made in WW1 in the defence of Britain. It offers a very different narrative to so much of the polarisation that we hear today.

Posted by MullanaNasruddin at 16:55 13 comments: 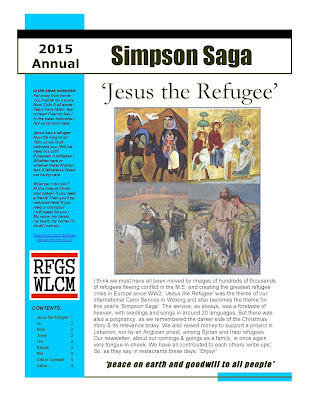 Here is our latest ‪#‎SimpsonSaga‬ 2015  .....
You can download the the rest from dropbox  here

As usual it is written between Western Christmas (25th December) and Orthodox Chirstmas (7th January)    we were all involved in adding to each others write-ups.  Therefore it is  very tongue-in-cheek,  a mixture of reality and humour.  At least you will get to see some of our family pics ....

Enjoy! And Happy (Orthodox) Christmas ...
Posted by MullanaNasruddin at 16:44 No comments:

In the bleak midwinter

I came across this song In the bleak midwinter sung by Cathy Burton, whilst preparing for a carol service. I thought it was beautiful and very appropriate, given the refugee crisis we are in.


This reworked version of In the Bleak Midwinter, with new lyrics written by Krish and Miriam Kandiah and recorded by Cathy Burton, a singer/songwriter from Chichester, focuses on the needs of these refugee children and reminds us of an often overlooked aspect of the Christmas story: the Jesus was a child refugee.

It is part of Homeforgood's campaign to find home for Syrian refugee children.

We will be featuring the song as part of our International Carol Service at Christchurch Woking on Saturday 19th  December at 7pm. The theme is 'Jesus the refugee'  and we will be supporting a  programme in Lebanon working with Syrian Refugees (more on that another time). 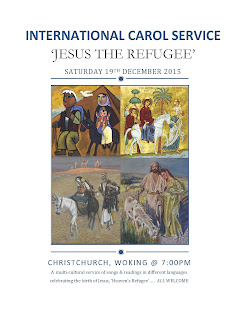 Do come and join us if you're in the area

Posted by MullanaNasruddin at 10:42 No comments:

HopeforMuslims - a Wind in the House of Islam